My door is open to anyone who seeks advice and support, so you can  phone or email meat any time. 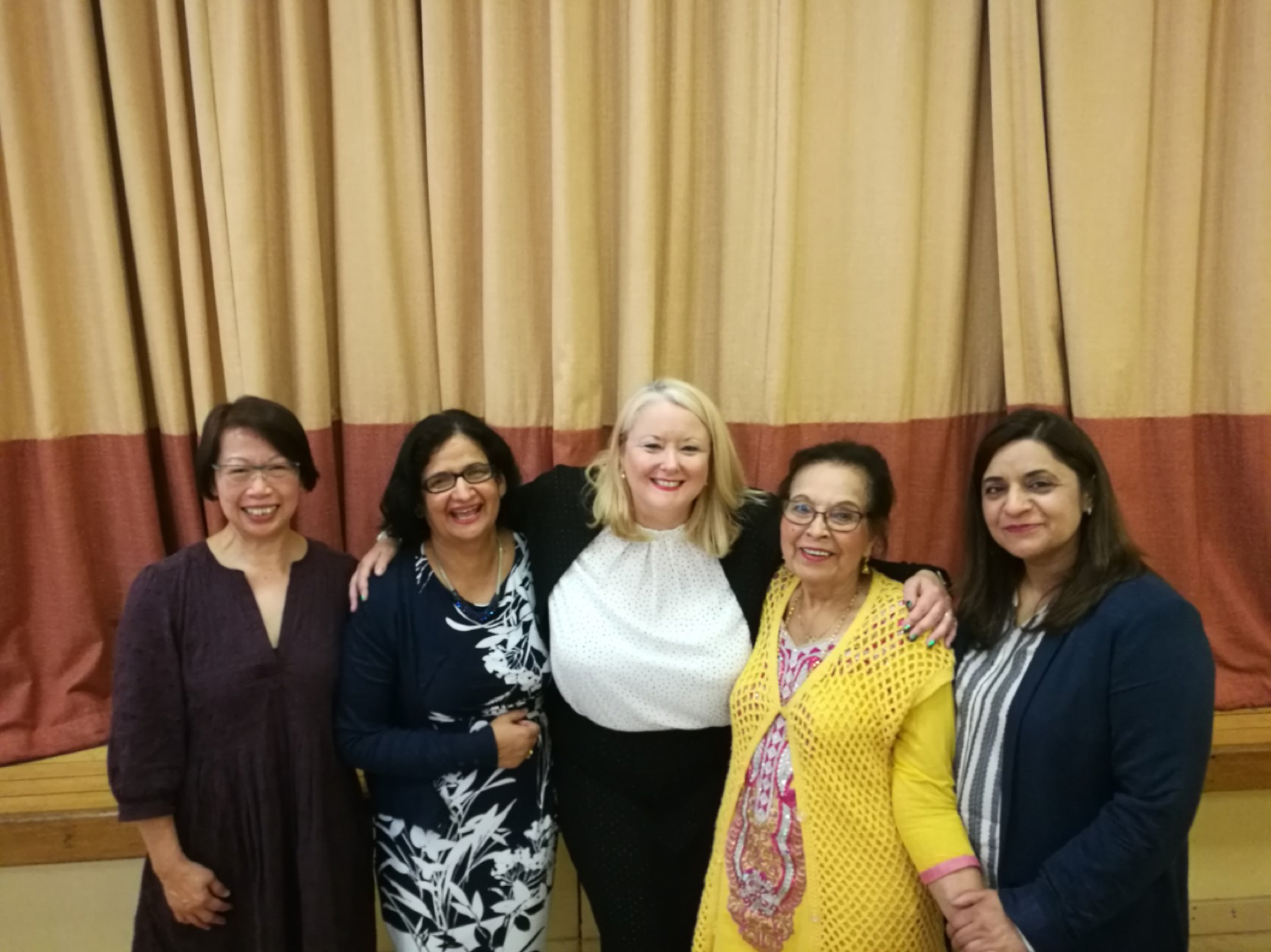 I had a wonderful time joining some delightful and interesting older people from different ethnic minorities in Hamilton last week. I joined them for their regular lunch in the Burnbank Centre.

These lunches are held as part of the Older People’s Services Project (OPSP) which is run jointly by Trust Hanover and Bield Housing Associations. The OPSP has been running for ten years and is the only national outreach initiative which focusses on the complex needs of older ethnic minority people from diverse religious and cultural backgrounds. The project focuses on helping those it works with learn about and access the full range of benefits and services they are entitled to.

It was great to come along to the OSPS lunch as the local MSP and speak directly to the older people who are benefiting from the projects work.  The turnout was tremendous and a huge number of Scotland’s diverse backgrounds were reflected in those attending. The food was just as diverse and delicious!

Scotland’s diversity is its strength. To quote the EUs motto we are “united in diversity”. That is why the work of OSPS and the Scottish Ethnic Minority Older People Forum set-up through its work is so important. For our country to be successful we need to support everyone who lives or works here. 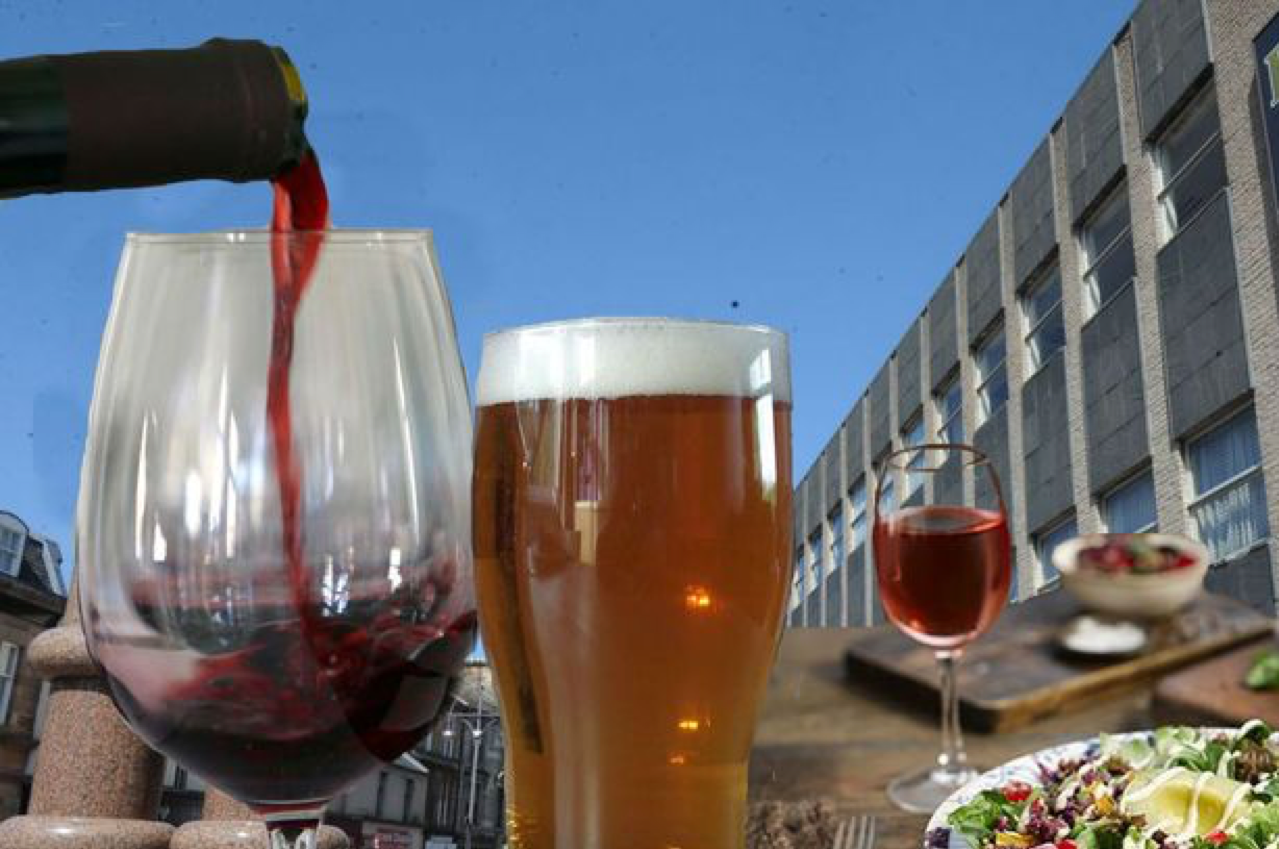 The Bairds building in Hamilton has been sitting empty for a while now, so I’m glad to see a new occupant is in sight. Weatherspoons, with its license in place, is set to follow through with the next stages of its pub/restaurant.

Plans reveal a big space with capacity for up to 881 people, and those with tender ear drums will be relieved to know that there won’t be any music!

Hamilton South Councillor Josh Wilson said: “JD Weatherspoon’s ambitious proposals include investment of around £3 million and the creation of a two-floor restaurant.

“This, alongside other recent developments, including the Premier Inn and the Hilton coming to Hamilton shows that there is real progress on our town centre regeneration plans.”

Since I first set about consultations around the future of Hamilton, Angela Crawley MP and I have moved forward very substantially and I think that’s a real success story. That consultation brought us more than 800 responses, many of whom were anxious about the empty Bairds building.

To have this positive outcome will mean jobs and a new facility for everyone to enjoy.

15,823 people in South Lanarkshire to lose their free TV license

It is estimated that 6.4% of over-75s people in South Lanarkshire will be forced to pay an extra £154.50 in household bills when the free TV licence policy for over-75s is axed.

The SNP has renewed calls on the UK government to ensure the free TV licence is fully funded, and can continue to benefit households and older people across Scotland and the UK. 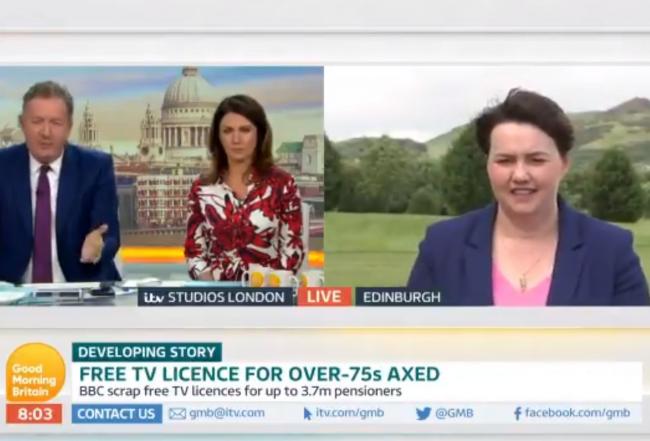 I have written to the UK Government to urge them to backtrack on this damaging cash grab.
A decade of damaging Tory government cuts has left older people in Scotland worse off – and it’s concerning to see that the decision to axe the free TV licence will hit 15,823 over-75s in South Lanarkshire.

This is yet another broken Tory manifesto commitment which will take money out of the pockets of older people.

It is time this Tory government finally made the welfare of our older population a priority – instead of making things even worse by taking away key benefits.

The Tories should urgently stop this swindle and ensure that the TV license for over-75s is be properly funded and protected. I am calling on all Tory candidates for Prime Minister to commit to reversing this heartless cash grab. 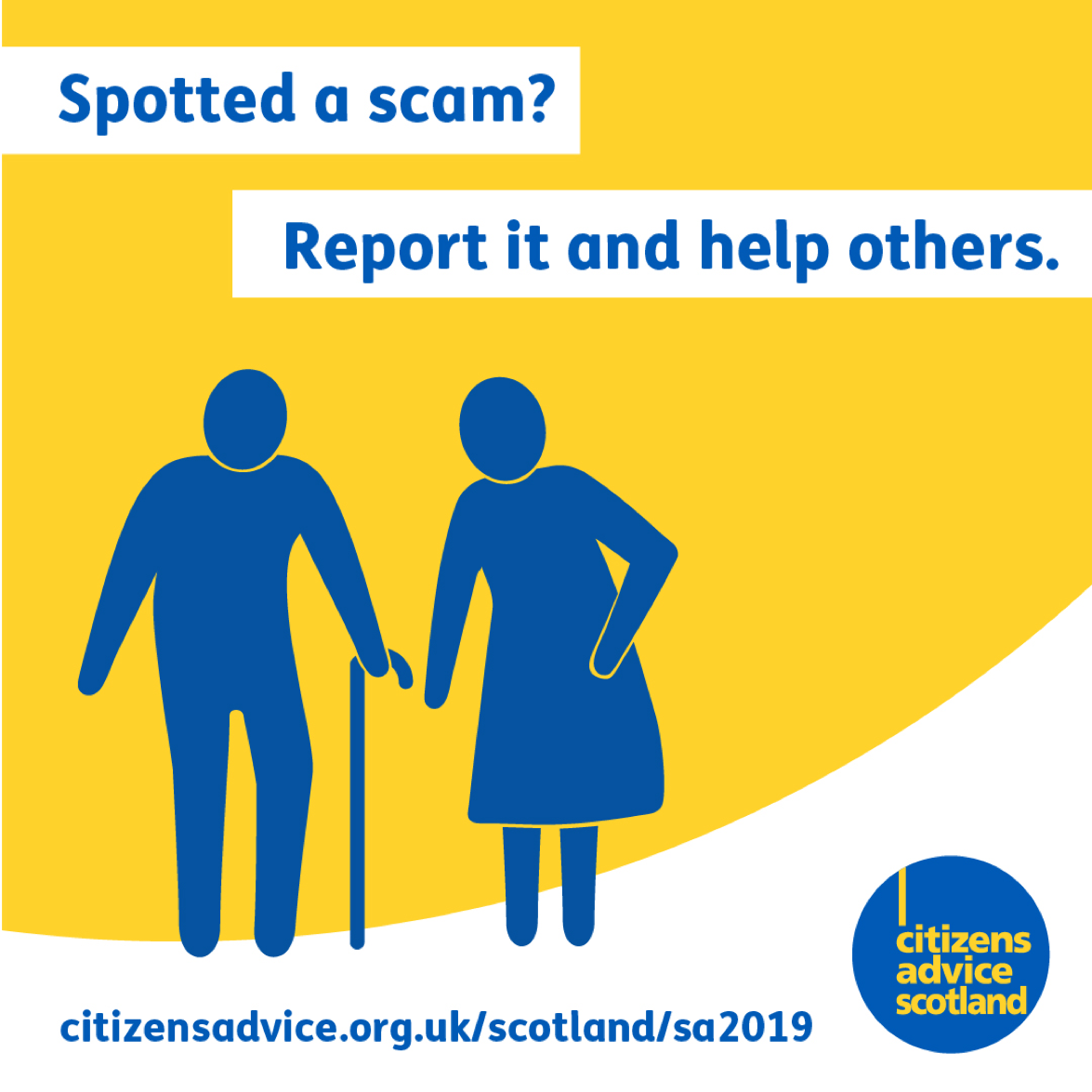 Over the last year, the Citizens Advice network has seen a huge increase in people coming to us for advice on reporting scams.

Said Chief Executive of Citizens Advice Scotland, Derek Mitchell, explains: “That’s why we have launched the Scams Awareness campaign, to equip people with the skills they need to spot scams, tackle the stigma that surrounds scams and to promote the importance of reporting. At Citizens Advice Scotland, we are advocating on behalf of hundreds of thousands of people, giving them a voice to stand up against scammers.

“Our research has found that 46% of people in Scotland have been targeted by a scam at least once in the past year. Scammers will be targeting people living in your local community and using increasingly sophisticated methods to trick people into parting with their cash.”

"The campaign runs for the next two weeks and will be urging people to:
STOP, REPORT AND TALK. We will be encouraging people to talk about their experiences of scams in a bid to help prevent them happening to others.

"Whilst the Scams Awareness campaign will reach all types of people, we are targeting two demographic groups that our current research tells us are particularly vulnerable:

Young people (16 – 25 year olds) are overwhelmingly targeted via their digital tech and online:

Older people (65+) are often victim to a wide range of scams and are most vulnerable to high-detriment scams:

As a recent survey has shown, as many as one in 10 working Scots are struggling with gas or electricity bills. The Scottish Government is introducing legislation to better tackle the problem and commit to achieving pragmatic, realistic targets.

The survey, carried out by YouGov for Citizens Advice Scotland (CAS), overlaps with another by the Scottish Federation of Housing Associations (SFHA) which showed some tenants of private and social landlords are forced to turn heating off because they are unable to pay the bills.

Separate from this legislation,  I and my colleague, Councillor Julia Marrs, approached energy providers to look at how they could help. By February 2018 we had managed to have Scottish Power agree to provide vouchers in a pilot scheme, N Power Fuel Bank and Scottish Gas Energy Trust then followed.

The design of the scheme varies slightly but all are grants which do not need to be repaid to help those who are struggling to afford to top up their meter. This gives those people support and financial breathing room without pushing them into debt.

There are now more than 40 agencies running Quick Credit Voucher schemes in partnership with Scottish Power’s scheme alone which includes a mix of energy companies, food banks and CAS offices.

As part of the ongoing work to expand the reach of the scheme many of the organisations involved met on 22 May for a second Energy Credit Summit that I hosted in the Scottish Parliament following on from an initial meeting in 2018.

I will continue working hard with the energy providers, CAB Scotland and others involved in providing Fuel Credit schemes to ensure there is always support available for those who find themselves in dire straits.

No one should be forced to go without warmth because they are struggling financially and initiatives like Fuel Credit go a long way to making that a thing of the past.