Keeping up with you 11 March

‘No deal’ economic impact for Scotland

Here we are, staring into the abyss, with just 3 weeks to go.

A new report by the Scottish Government’s Chief Economist, ‘No Deal’ Brexit – Economic Implications for Scotland’ https://tinyurl.com/economic-implicationsconfirms that all forms of Brexit will harm Scotland’s economy and result in lower household incomes.

Scotland voted overwhelmingly to stay in the EU but our interests are deemed irrelevant. Only independence will release this nation to create the kind of international, EU member country, outward looking with creative, innovative ambitions and a society which operates with dignity, compassion and respect for everyone.

All those big promises of the wonderful increase in funds for the NHS, how there would be fantastic new opportunities to do trade deals better than the ones already negotiated with the EU, how giving up membership of the single market and customs union would offer better deals with countries like the US. 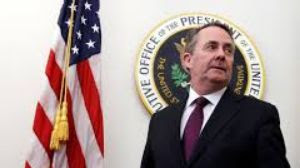 In 2017, Liam Fox promised that the UK would be able to replicate 40 EU free trade deals by Brexit day.

So far, the trade department has only been able to finalise ‘continuity agreements’ with seven of the 69 countries and regions with which the EU has trade deals.

The countries are Switzerland, Chile, the Faroe Islands, Eastern and Southern Africa, Israel and the Palestinian Authority.

The trade deals that the EU has already made give the UK excellent benefits. Nothing Liam Fox and his cronies can do could be anything like as good. It’s one country instead of 29; it’s 62 million people rather than 520 million. 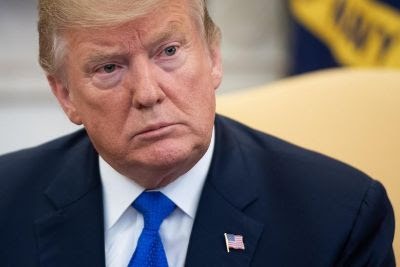 On top of all that, Scotland is forced to watch Donald Trump’s aggressive demands for a deal there. We in the SNP have been warning that the UK Government most not agree to any ‘bargain basement’ trade deals with the USA. So far, Trump is demanding ‘comprehensive market access’ for US agricultural products and the ‘rapid removal of unwarranted barriers’ blocking the import of American food and drink products into the UK.

We may not be offered a choice.

Food and hygiene standards in the EU mean that American agricultural products are deemed not to meet the Food and Drink regulatory standards of the EU. There are good reasons for that refusal and underlining them is our health and wellbeing - and that of the animals we choose to eat.

International Women’s Day
From my Facebook page: I want to thank and praise all the women in my life who inspire, motivate, love and lift me up every day. Sisters you are my shining stars & I love you all for it.  I am blessed to work with amazing women too. #Balancedforbetter 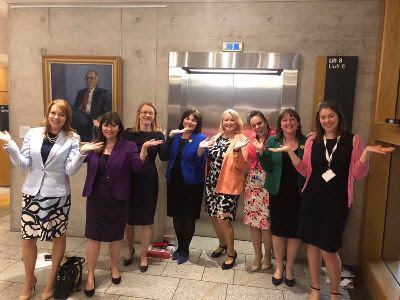 Collective action and shared responsibility for driving a gender-balanced world is key. International Women's Day is a global day celebrating the social, economic, cultural and political achievements of women - while also marking a call to action for accelerating gender balance.

The first International Women's Day was in 1911, supported by over one million people. Today, IWD belongs to all groups collectively everywhere. IWD is not country, group or organisation specific.

Gloria Steinem, world-renowned feminist, journalist and activist once explained: "The story of women's struggle for equality belongs to no single feminist nor to any one organisation but to the collective efforts of all who care about human rights."

The future is exciting. Let's build a gender-balanced world.

We had a great debate in the Chamber on Thursday last which pulled together all the passions and determination in the Scottish Parliament to work ever more towards the SNP’s objective of equality for women.

Equality for women is at the heart of the SNP Government’s vision for a fairer Scotland. We are progressing gender equality because it supports a basic human right and will help people flourish and reach their full potential, which will ultimately create a wealthier and fairer society. 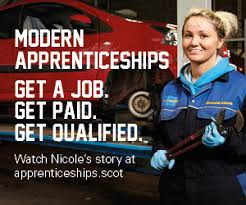 The 29,000 target includes Modern and Graduate Apprenticeships and puts Scotland on course to reach a longstanding commitment to 30,000 new apprenticeship starts each year by 2020.

This increased goal will help give more people the opportunity to work, learn and earn while providing employers with the skills they need for their workforce. The 2018/19 target of 28,000 Modern Apprenticeship starts is on course to be met.

Around 1300 Graduate Apprenticeships will be available this year across 13 different subjects. Up to 5000 Foundation Apprenticeship places for secondary pupils to choose alongside their other school subjects are also available. 27,145 people stared Modern Apprenticeships in 2017/2018, surpassing the 27,000 target.

Visit to the Larkhall District Volunteer Group
This is one of my favourite community-based groups and I am hugely appreciative of what they do. I went along with SSNP Councillor Peter Craig to hear about how their work is moving on. 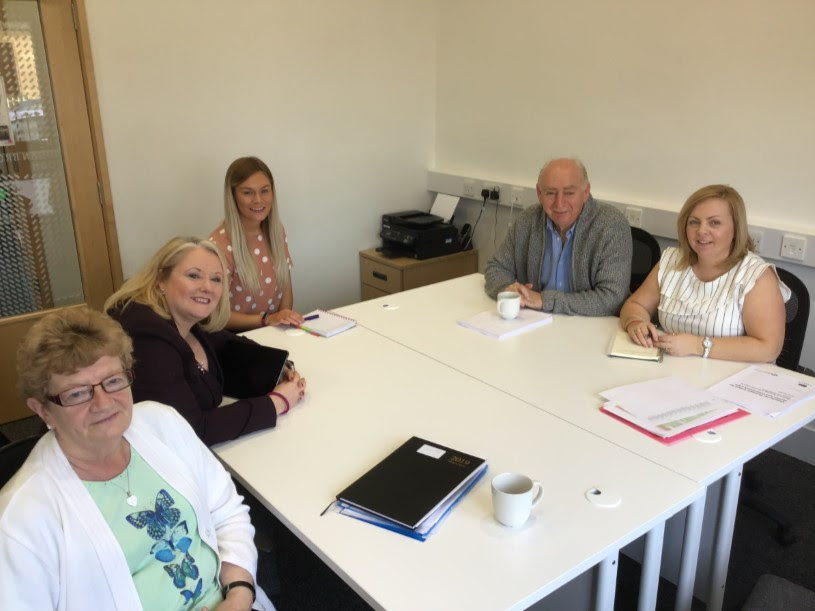 The wide variety of services being offered by the Larkhall District Volunteer Group never ceases to astound me. Never content to rest on their laurels they are constantly innovating, for example, they are now hiring out their kitchen for use by local businesses or groups.

I look forward to working with the group to support them in continuing the high-quality services to the huge number of people who benefit from them. Well done, all of you.

This is a perfect chance for everyone, especially those with direct experience, to contribute to forming the mental health priorities over the coming years.

Please do give your comments at: http://tinyurl.com/views-on-mental-health


GP practices in NHS Lanarkshire to receive funding boost this year
The Scottish Government has announced that an additional £20 million support will be given to GP practices across Scotland to help with the costs of running their practice.

A total of 172 practices have successfully applied for loans – around 50% of the total eligible. 16 of these have come from GPs in NHS Lanarkshire.

The new GP contract in Scotland is backed by £110 million in 2018/19 to ensure that GPs are able to spend more time with patients, and less time on paperwork. The Scottish Government is investing a further £7.5 million to improve GP recruitment and retention in 2018/19.

The extra investment will make becoming a GP an attractive career choice and encourage more people to join the profession - which will in turn make it easier for practices in Scotland to retain and recruit staff.

This news is extremely encouraging, especially for those practices in rural areas who may struggle to recruit new members of staff. I encourage eligible GPs in NHS Lanarkshire to consider whether they would benefit from this scheme.

The NHS is one of our most treasured institutions, and the SNP in government is absolutely committed to ensuring it stays fit for the future.

Christina and Angela visit Stonehouse-based Galloway & McLeod
Angela Crawley, SNP MP for Lanark and Hamilton East, and myself went along to specialist animal feed production company Galloway & McLeod in Stonehouse to find out more about the work they do. 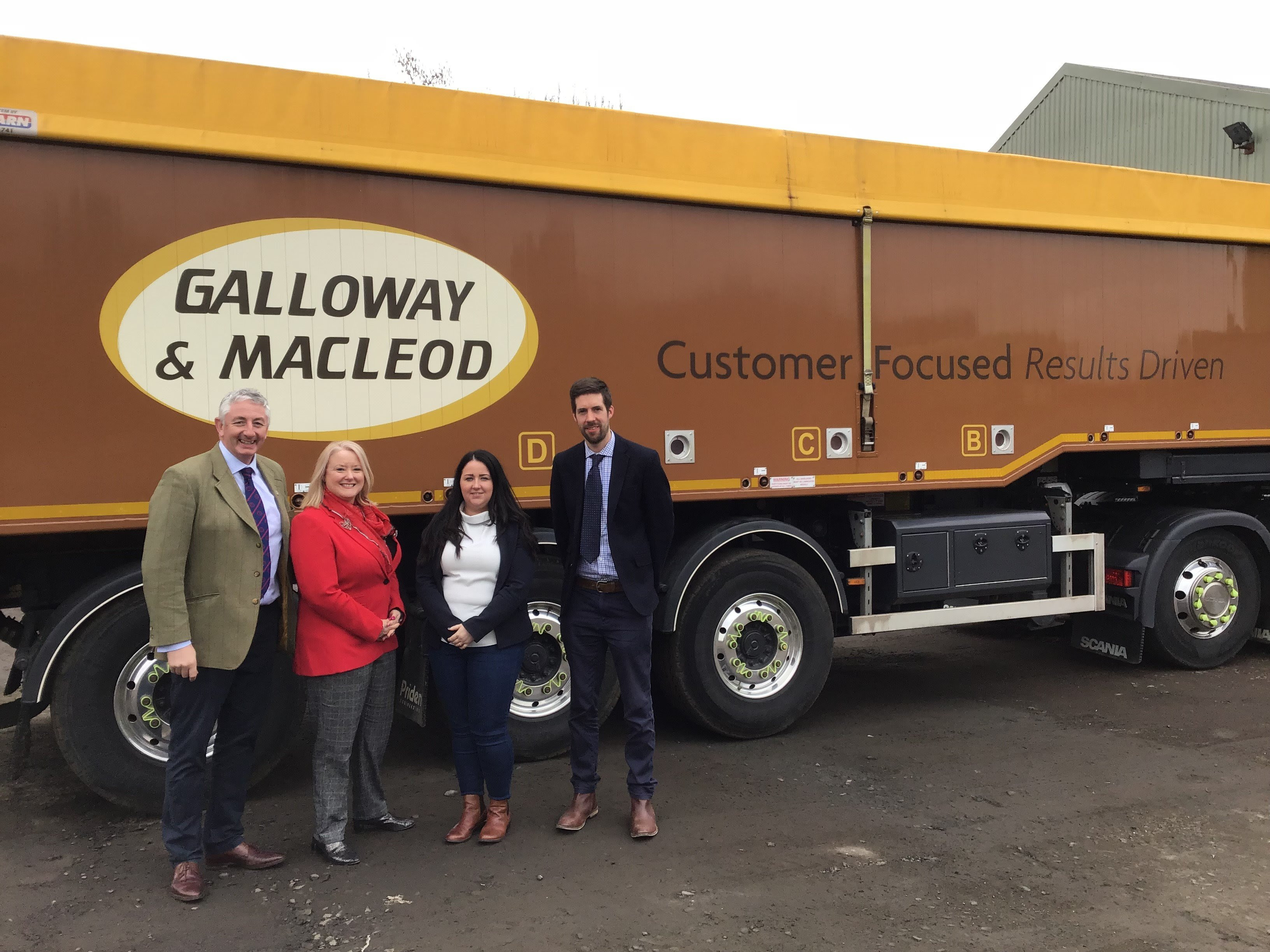 Managing director of G&M, Donald Harvey, gave the group a tour around the offices and facilities at the Stonehouse base. He highlighted the positive move towards further automation of their process for mixing animal feed and work on using more environmentally sustainable packaging for shipping.

G&M have been successfully making their way into European markets over previous years, with plans in place to continue growing their international and digital footprint with the launch of an e-commerce site.

Donald also noted the 33% increase in profitability since the company took the decision to become employee owned in 2010. This is just one example of the company’s local focus. G&M try to hire from the local community where possible and provide progression for those who come to work, with the average length of service for their employees being 15 years.

The level of dedication to the local community at G&M is wonderful to see. They are the perfect example of the benefits that come to both the residents and the company when these strong links are forged. I look forward to seeing the ongoing successes of the company in the future. 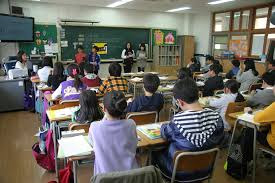 Over the same period there have been increases at all levels of attainment – the qualifications young people are achieving.

In addition, more young people are choosing to remain at school, with almost two thirds leaving in S6.

From 1st April next year, we in the Scottish Government will take full responsibility for the remaining devolved benefits. 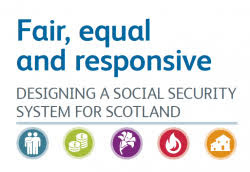 By the end of 2021, the Scottish Government will be delivering new claims for all Disability and Carer’s Assistance, and supporting families with their winter fuel bills.

Social Security Scotland made its first payments in September 2018, delivering the Carer’s Allowance Supplement, which has paid out over £33 million to more than 77,000 carers, and the Best Start Grant, which has put £2.7 million into the pockets of more than 7,000 families in just its first two months.

In spite of welfare cuts from Westminster, we have relished the chance to develop a social security system that is right for people in Scotland.

While most social security powers remain reserved to Westminster, we will at least have some powers that will allow us to make the system fairer and get the decisions right first time.

We wholeheartedly reject the Tory Government's approach to social security. It has already been described by the UN as ‘punitive, mean-spirited and often callous.’

Increasingly, I hear people saying, including those who haven't supported the SNP in the past, 'independence has to be better than the chaos that reigns now.'