Hear Me Too: 16 days of activism to end violence against women and girls. 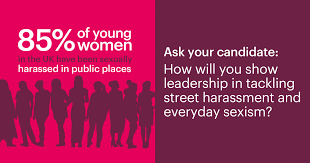 Anything, any campaign, that seeks to highlight the ever-continuing subject of violence against women and girls has to be a good idea. This week, the Parliament welcomed the global 16 Days of Activism against ‘Gender-based Violence in the World of Work.’ There are many effective activists and organisations all working towards the complete elimination of this kind of violence, not only here in Scotland but across the world.

Together, these voices do make a real difference. We have moved a long way from a notion that slapping the wife about a bit after a Saturday football match was somehow acceptable.

The Scottish Government has put forward significant levels of funding in front line services to tackle this issue. An additional £20 million has been invested between 2015-18 to tackle all forms of violence against women and girls and make better support available for victims.

This funding is being used to increase court capacity to reduce delays, inconvenience and stress for victims and their families; to widen access to advocacy and support services; to expand access to specialist legal advice; to explore the expansion of programmes addressing the underlying causes of perpetrator behaviour, and to improve education and information to increase public understanding.

£24 million was invested between 2015-17 from the Equalities portfolio to support a range of projects and initiatives, including a range of front line specialist services working with women and children who have experienced domestic abuse.

In 2016 the Scottish Government committed more than £17 million to tackle the scourge of domestic abuse across Scotland. The National Advocacy Project (NAP) which helps improve the support available to survivors of rape and other serious sexual crimes, and specifically their experience of the criminal justice process, was set up with Scottish Government funding in 2016.

The Scottish Government announced on 1st March the programme will be extended with additional funding of £1.7 million which will increase the numbers of advocacy workers, meaning support can be provided to more victims of sexual crimes.

That’s why I continue to be so supportive of the White Ribbon Scotlandcampaign. This organisation tackles the issue from the source: the men (mostly) who commit these crimes. From Sunday 25 November, the group began a campaign that involves 17 betting shops run by William Hill, Ladbrokes and Coral. The group campaigns among their main customer base: the men who come in to place a bet. Staff will ask men who enter their shops to sign the White Ribbon Scotland pledge ‘never to commit, condone or remain silent about violence against women in all its forms.’

I have been involved and supportive of the White Ribbon Campaign in Scotland since it began here in 2006. I think it is not just important that men themselves set the example, but absolutely crucial. We need a real shift, a real cultural change to end the notion that men’s violence against women is just ‘one of those things’ that we have to accept.

It absolutely is not. And it is the normal, average kind of men who need to stress that reality. Only from within that broad group – men – where the perpetrators exist can we make that message real. It’s that peer pressure that brings about change. 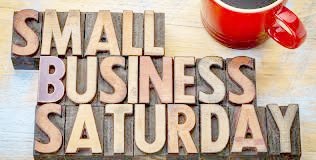 I look forward to happily trotting around the streets of Hamilton, Larkhall and Stonehouse on Saturday next. It is Small Business Saturday so I will be chatting to many of our local businesses and actively encouraging people to visit our local shops, cafes, bars, restaurants and other facilities on the doorstep.

Of course, it’s not only on Small Business Saturday that you’ll find me in my favourite shops and cafes. Most of them know me pretty well by now and I know I can be confident of a warm and helpful welcome.

That’s such an important part of shopping in your own community. You get to know people in your favourite café, at the butcher’s, at the baker’s, though I don’t think we have a candlestick maker in Hamilton, Larkhall or Stonehouse. Anyone like to try setting one up? 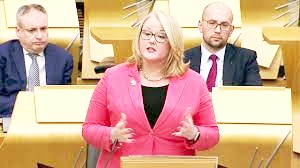 Since I and Julia Marrs, SNP Councillor for North Clydesdale, set about establishing an emergency quick energy voucher scheme to help those who face the eat or heat dilemma, events have moved on very successfully.

We talked about support for these households at a round-table summit with the ‘Big Six’ energy suppliers a few days ago.

Following many months of positive dialogue and meetings with most of the ‘Big Six’ suppliers, I was delighted to host an Energy Credit Summit in the Scottish Parliament, bringing together energy solutions for my constituents.

This entire campaign comes from the selfless, tireless work of the volunteers at the Hamilton District Foodbank. Thanks to their activism, and the work of South Lanarkshire SNP Councillor Julia Marrs, Scottish Power introduced their energy credit scheme to our constituents, helping families throughout Hamilton and surrounding areas.

The summit brought all suppliers around the table, discussing what more can be done to help people experiencing energy and fuel poverty.

Along with Citizens Advice Scotland, the summit will contributed real, tangible help for constituents, ensuring everyone is safe and warm.

How crucial is that? The feedback from those who joined the debate was hugely positive and I will be taking that forward in the coming weeks and months to see what else we can do to maximise the advantage for those who need it most.

One approach comes from nPower. It is seeking to pick up donations from those people who receive Winter Fuel Payments but who do not really need them. If they donate some, or all, of their allowance through the nPower Foundation – the fuel bank charity – that money will then be passed over to those in the greatest need. 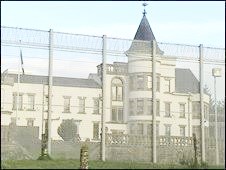 The tragedy of the Dungavel Immigration Removal Centre is already well known. Personally, I have been seeking its closure for years. It’s a retrofitted Victorian hunting lodge, where the Duke of Hamilton once spent his summers, ironically enough!

Since its repurposing in 2001 as a holding facility for refugees and asylum seekers awaiting deportation – the only one of its kind in Scotland - it has often felt like a relic from the past, which critics would argue has no moral right to exist in the 21st century.

Quite recently, it seemed as though hopes of Dungavel being consigned to history were going to be belatedly fulfilled. In September 2016, the UK Home Office announced that it was going to close the detention centretowards the end of 2017, replacing it with a new purpose-built facility near Glasgow airport.

Speaking at the time, then-UK immigration minister Robert Goodwill made it clear that this plan did not emerge out of respect for human rights concerns, but as a means of effecting deportations with greater speed and convenience: "The new short-term holding facility would provide easy access to London airports, from where most removals take place,” said Goodwill, “meaning those with no right to be in the UK can be removed with less delay.

"Closing Dungavel immigration removal centre as a consequence fits with that approach and will result in a significant saving for the public purse."

The awful backgrounds of several individual people give huge weight to the need to get rid of this particular asylum ‘facility.’

Common Space reported on the case of Adel Aboulkacem, originally from Tunisia, who has been living in the UK for fifteen years and has two children with a UK partner, and is now detained in Dungavel. Aboulkacem recently abandoned a hunger strike ahead of an appeal, but confirmed to CommonSpace that he had received no response from the Home Office regarding his calls for better treatment and urgent medical care.

“What can I do?” asked Abdoulkacem. “They are killing me here. They are keeping people for a long time here, for no reason. Any other country in Europe, it’s three months. Here it could be weeks, months, years. I know one man here who is four years in detention, it is ridiculous, he has two kids.”

Asked for comment on Aboulkacem’s case, a Home Office spokesperson told CommonSpace: “Detention and removal are essential parts of effective immigration controls, especially in support for the removal of those with no lawful basis to stay in the UK.

"We take the welfare of our detainees very seriously and any detainees who choose to refuse food and fluid are closely monitored by on site healthcare professionals.”

The Dungavel Gathering  which took place on Sunday 24 November was an opportunity to show our solidarity with the asylum seekers in Scotland and in this centre in particular.

The Scottish Government is helpless. We have no powers to close it, change it, create better facilities for asylum seekers. These are all reserved matters within immigration law and we have no devolved powers over what the Home Office in Westminster decide to do.

The Scottish Government needs to have powers over immigration so that we can better the outlook for people who have arrived here from war-ridden, sometimes torturous countries in search of a peaceful life of working and living. 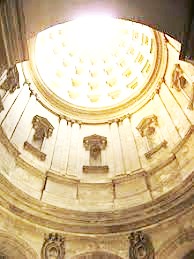 In February 2017, almost a year ago, the Hamilton Mausoleum maintenance work was completed and the iconic landmark opened to the public on the first Sunday of every month.

I continue to be interested in  supporting any works to keep the Mausoleum open and in good condition and I am seeking information  from my colleague Cllr Stephanie Callaghan in that respect.

Standing at the Palace Grounds, it was built as a tomb and monument to Alexander the 10th Duke of Hamilton around 1842 and was nicknamed ‘El Magnifico’.

The duke decided that he wanted to have a proper resting place for himself and his family but he passed away before the building was complete in 1852.

The mausoleum stands at 128ft high with the main room originally being intended for a chapel, but the 15-second echo prevented these plans from going ahead.
Below the crypt is where private ceremonies were held and the Duke of Hamilton moved his ancestors’ bodies here in 1852 from the old Collegiate Church.

When Alexander died later that year he was laid to rest in an Egyptian sarcophagus. He was then laid on a black marble plinth in the chapel, which is still inside the mausoleum today, and work on the mausoleum was completed.

In the years to follow, permission was granted for the area around the mausoleum to be mined for coal, which resulted in the foundations becoming weak and the building to subside and sink 18ft.

By the 1920s, there were fears that mining subsidence would damage the mausoleum and as a result, the bodies of Alexander and his ancestors were removed and reburied in the Bent Cemetery in Hamilton.