Turning the tide on marine plastics

If you have any awareness of how plastics are destroying the under-sea environment, you’ll be aware of how important it is that all of us do our bit to try to address this. I would urge everyone in Hamilton, Larkhall and Stonehouse to give a bit more thought to where they can avoid using plastics or where these products can be recycled. The total saving is far more than each small part that an individual or a family plays.

So I was especially pleased to see more support for innovative projects aimed at tackling marine plastic pollution announced by Environment Secretary Roseanna Cunningham.
A total of £1 million – double the initial commitment of £500,000 set out in the Programme for Government – is now available to support solutions in marine plastics capture, collection and recovery.

This includes funding from Marine Scotland to trial demonstration technologies in Scotland, aimed at addressing the issue of litter sinks and the removal of plastics from our seas.

“We want to attract and invest in innovative projects which prevent plastics entering the marine environment or propose operational solutions to capture, collect, recover and reprocess marine plastic waste.

“I believe that investment of this nature has the potential to benefit our environment, economy and our coastlines which suffer from the unintended consequences of modern day lifestyle choices.”

Iain Gulland, Chief Executive, Zero Waste Scotland, said:
“Scotland’s marine environment is increasingly suffering from our throwaway habits, and very visibly when it comes to the proliferation of single-use plastics. We know this is an issue people across Scotland are keen to see action on.

“Through these funds, we are looking to invest in innovative projects which prevent plastics entering the marine environment or propose operational solutions to capture, collect, recover and reprocess marine waste plastics - allowing them to be processed for high value recovery.  These projects have the potential to benefit our environment, our economy and our coastlines.”

We all play a part, we all create rubbish. Let's seriously try to reduce are contribution to the anti-environmental litter bins.

On Friday 19 October, we have the big wear it pink event and I’d like to encourage all of you in Hamilton, Larkhall and Stonehouse to look out your best pink bits and bobs!
I did did my best for the cause at the Scottish Parliament event, where lots of MSPs turned out to help raise funds for Breast Cancer Now’s research.

Breast Cancer Awareness month has raised over £31m towards that vital work.If we’ve not been victims ourselves, most of us know someone who has. Every year around 4,700 women will be diagnosed with breast cancer in Scotland and almost 1,000 people will die as a result. 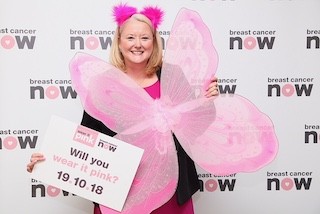 Breast Cancer Now’s ambition is that if we all act now, by 2050 everyone who develops breast cancer will live – and live well. The charity is determined to stop women dying from the disease, working in a new, collaborative way and bringing together all those affected by the disease to fund research, share knowledge and find answers.Find out more at: www.breastcancernow.org.


Universal Credit: Sorry, it's all getting worse!

Yes, I’m sorry, but if you thought that as the implementation of UC continued, it might all get better, something more like William Hague claimed at the time, then I have to tell you: you are proven wrong. I take no pleasure at all in calling out that reality, but the whole scheme seems to be even more blighted than it was before. 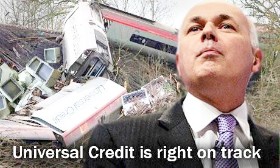 The annual Welfare Reform Report finds that the UK Government’s benefit freeze alone will reduce Scotland’s allocation by £370 million by 2021. has led to huge reductions in spending – around £190 million in the current year 2018/2019, rising to around £370 million by 2020/21.

I can confirm all of that from every surgery, every time that I meet with constituents in Hamilton, Larkhall and Stonehouse, who explain to me just some of the absurd ways in which they have been punished by a Westminster Government who thinks in terms of an 'undeserving poor.'

“These figures in this comprehensive report lay bare the devastating impact of the UK Government’s welfare cuts for people, families and communities across Scotland.

“As ever it is the poorest and most vulnerable in our society who are suffering the most, those out of work and those in low paid employment finding their benefits effectively being cut year after year.

“The Scottish Government is doing what it can to protect people on lower incomes by, this year alone, investing over £125 million on mitigation measures - £20 million more than last year – and an additional £350 million for Council Tax Reduction.

“Over the coming years, we will use our new social security powers to provide increased financial support for people on low incomes, including the Best Start Grant, the Job Grant and Carers Allowance Supplement. 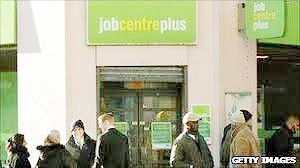 On top of the general chaos and extended waiting times lies the issue of too few DWP staff trying to deal with claims.The DWP’s ‘work coaches’ each support 85 claimants is expected to rise to 373 claimants by 2024-25, emphasising just how important it is for us to have our own Social Security system in Scotland before that.Kirsty McKechnie of the Child Poverty Action Group warned that work coaches were already struggling with the existing number of claimants, saying:

“We already know that’s an issue with their current workload. We have people who are leaving notes in their journals for their work coaches and just not getting a response. That’s before this work load has ramped up”.

“We certainly have concerns as to how you would deal with that volume… What will happen when you have got the migration and the many more claimants per work coach, to consider all of the factors you’ve just outlined, it’s definitely a worry as to whether they can cope with that.” 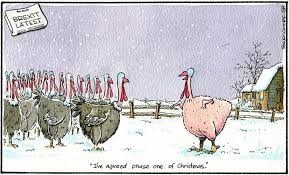