SNP MSP Christina McKelvie has welcomed new figures showing that 3,780 payments to low income families have been made under the Scottish Government’s Best Start Grant and Best Start Foods schemes in South Lanarkshire

The Best Start Grant package is putting more money in the pockets of low income families than the DWP system it replaced.

Best Start Foods is a prepaid card that can be used in shops and online to buy healthy foods for children under 3.

The vast majority, 70%, of the 5,405 applications processed from South Lanarkshire were approved by Social Security Scotland.

Across the country, £17.8 million of Best Start Grant and Best Start Foods payments have been made to support people between 10 December 2018 and 30 September 2019.

Mrs McKelvie said that these figures showed what could be achieved if Scotland had full powers over social security. 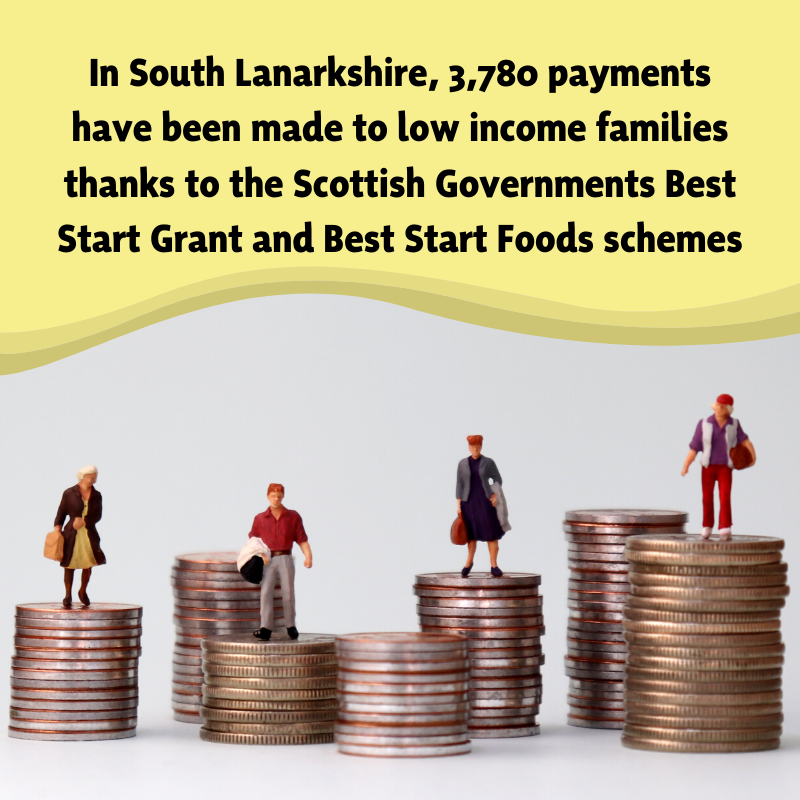 The representative for Hamilton, Larkhall and Stonehouse commented:

“These payments are making a big difference to South Lanarkhshire families that are being pushed to the brink by continued Tory welfare cuts.

“This SNP Government has strived to mitigate the worst effects of the Tories’ austerity agenda but Brexit looms like a storm cloud above our heads.  Any form of Brexit will hit the Scottish economy and drive more people into poverty – with analysis showing a no deal Brexit will push 130,000 people into poverty.

“The Best Start Grant and Best Start Foods payments sit in stark contrast to the two-child cap, benefits freeze and disastrous Universal Credit rollout recklessly imposed by the Tories in Government. The SNP has sent a strong message about the kind of country we can be – free from these uncaring Tory policies.

“We can create a social security system which works to protect people rather than treating those on low incomes with the hostility and suspicion they have been subjected to under the Tories.

“Only with the full powers of independence can we can escape Brexit, put Scotland’s future in Scotland’s hands and foster a society built upon dignity and kindness.”