Memories are sometimes painful. On the 100th anniversary of the end of the Great War, the ghosts from the past return to haunt us and perhaps warn us.

There were several events around Hamilton, Larkhall and Stonehouse from last weekend through until Sunday 11 November. I was privileged to join three ceremonies across the day – at Stonehouse, then at the Cenotaph event on Bothwell Road in Hamilton during the afternoon and at 6.55pm, marking the end of the day's activity during wartime, the Last Post was played at St John’s at the top cross.

The Annual Garden of Remembrance ceremony on 3 November saw crosses with the names of fallen soldiers from our area placed into a specially created garden.

It is a very poignant event. I later read comments made by Ian Forsyth MBE, convener of the Joint Ex-Services Committee and a veteran of the Second World War. He said: Another year, more heartbreak as more young lives are thrown away. Another year, and it is now 100 years since the outbreak of the First World War, the most horrific onslaught imaginable that engulfed almost the whole world, destroying everything in its path.”

He added: “In my lifetime I cannot remember when we were completely at peace. The list of campaigns we have been engaged in is as long as my arm. From 1919 until the present day it has never stopped, and I ask myself ‘Will we never learn?’”

At the Festival of Remembrance on 4 November, at the Town House, there were a range of representative bodies including the Salvation Army, Police Scotland, Scottish Fire and Rescue Service, South Lanarkshire Council, Poppy Scotland, Hamilton schools and ex-services organisations.

He said: “This year’s Hamilton Festival of Remembrance takes place on 4 November 2018. A hundred years since the end of World War 1.

“As we gather once again in this annual act of Remembrance it would seem appropriate to remember those particular casualties, the first of so many hundreds of thousands who would fall during the course of the next four years of fighting.”

“And we should honour those Remembrances by doing whatever we can to help veterans in need today.

“It is that present help that gives true meaning to Remembrance.”


Why we need foodbanks

In an ideal world, we would not need to have foodbanks because everyone would have the resources to keep the family safe and fed. That faraway land is somewhere very far from the current one which focuses taking more and more from the least well off while providing the very wealthy with tax breaks and bonus awards.

On average, where Universal Credit has been rolled out for less than three months, the rise in demand increases by 12% After a year of UC, that increases rises to 52%.

The UK government has been told many times by the Trussell Trust, who run the foodbanks without any government support, that there is a direct and incontrovertible equation between benefit delays and increased poverty.

As Isobel Graham, manager of the Hamilton Foodbank, says: “It’s a real concern that in only six months we’ve provided 3,177 emergency supplies to local people. These figures don’t even cover our busiest time of year - as the colder weather draws in, we often find more people needing our help.

“It’s not right that anyone in Hamilton District is being forced to turn to our foodbank. Our volunteers offer vital support when it matters most, but they should not need to.

"We want to see an end to local people needing emergency food – with a benefits system that catches people before they fall into crisis, and secure work that provides people with enough money to cover the cost of essentials, we could reach that future.

"We’re determined to make sure that until that time comes, emergency help is here for people, but there needs to be some long-term change because we don’t want to be here forever.”

I would like to encourage those who can manage to help people around them to make some donations to our foodbank in the run-up to Christmas.

I also want to convey my enormous gratitude to the people who staff and volunteer at the Foodbank and, like them, look forward to not requiring them!

There’s an interesting vacancy at LRCC for the right person. The Hamilton Centre is looking for a support worker and they want to see as diverse a range of applications as they can find. No men need apply. This is a women-only post under Schedule 9, Part 1, of the Equality Act 2010.

The post is funded for three years by the Scottish Government to help advance support and information services and to reduce waiting lists.

For an application pack, email This email address is being protected from spambots. You need JavaScript enabled to view it. or send a large stamped addressed envelope to Catriona Hoey, Support Co-ordinator, LRCC, 23-25 Brandon Street, Hamilton, ML3 6DA

Applications must be submitted no later than 5pm on 23rd November 2018.
Interviews for this post will be held the week beginning 10th December 2018 in Hamilton.

The annual Living Wage Week has just past. I want to urge businesses in Hamilton, Larkhall and Stonehouse to sign up and make a commitment to their own employees. Nearly all of the SNP MSPs are already signed up, some Labour and a very few Conservatives.

The Scottish Living Wage is independently calculated based on the cost of living – with the real Living Wage rising by 25p to £9, above the minimum wage of £7.83 for workers aged over 25.

There are currently 65 accredited Living Wage employers in South Lanarkshire Council’s area. I will be writing to other employers to encourage them to explore the benefits of accreditation, with research showing that paying the real Living Wage leads to a fall in absenteeism and a significant positive impact on recruitment and staff retention.

For business, paying the Living Wage makes sense - it’s an investment in people and all the evidence shows it leads to increased productivity and reduced staff absence and turnover.

It is completely unacceptable that the UK government did not use last week’s Budget to raise the National Living Wage, extend it to all workers and end discrimination against young people.  With low pay one of the main drivers of in-work poverty, it is vital that employers who can pay the real Living Wage do so.

I would strongly encourage all employers in Hamilton, Larkhall and Stonehouse to look into the real benefits of becoming an accredited Living Wage employer.

There has been a lot of nervousness around Hamilton, Larkhall and Stonehouse over the last couple of weeks. Hardly surprising since the Prime Minister is unable to guarantee supplies of essential drugs in the event of a no-deal Brexit.

I’m talking about vital medications required by people with cancer, asthma, arthritis, antibiotics, severe pain, diabetes both Type 1 and Type 2, steroids, I could list a hundred. There is no insulin whatsoever produced in either the UK or Ireland. Most of it comes from Novo Nordisk A/S in Denmark.

The people who passively say ‘oh, it’ll be alright. They won’t want to stop providing for the UK market’ worry me in much the same way as the same people believe that Aldi and Lidl will continue to supply their UK supermarkets regardless of any kind of deal or no deal.

This isn’t a problem that can be solved by the manufacturers or producers. It has to be solved within the Brexit deal. There isn’t any sign of commercial ill-will towards selling into the UK. It’s that the whole chaos of Brexit reigns supreme until or unless the UK gets a deal it finds acceptable.

Then, and only then, can the UK seek the kind of trade deals it will need to make. These deals are long in the making. The one between Europe and Canada took 12 years to work out. Without the weight of the EU member countries behind it, the UK loses a lot of its world power.

From 28 to 27 isn’t as big an issue for Europe as it is for the one nation that has chosen to leave the club and becomes one versus 27.

We learned that the government has already begun an accelerated tender process to try and stockpile medicines at a cost of tens of millions of pounds, but most drugs have a relatively short shelf life and the Government continues to talk about enough drugs being stored away for six weeks.

Even the UK government’s most senior health official says he cannot be ‘confident’ that essential medicines will still be available after a no-deal Brexit. Matt Hancock did, though, confirm the issuing of a tender to buy more storage facilities.

It is yet another needless anxiety in the ongoing chaos that is Brexit. We talked to both Boots and Lloyds Chemists but neither could offer any reassurance because no one knows what is going to happen. We continue on in the blind hope that somehow common sense and human dignity will win out. We haven’t had any examples of that so far.

People with diabetes encouraged to take up offer of screening

An NHS Lanarkshire consultant is encouraging patients with diabetes to take up the offer of diabetic retinopathy screening.

The call coincides with World Diabetes Day, which will be held on 14 November 2018.

World Diabetes Day is the world’s largest diabetes awareness campaign reaching a global audience of over 1 billion people in more than 160 countries.

300,000 people in Scotland currently have diabetes. Approximately 264,000 of these patients are eligible for screening every year. Type 1 accounts for around 30,000 while the vast majority have Type 2. Complications form in either type.

Diabetic retinopathy is an eye condition that occurs when high blood sugar levels damage the cells in the retina. 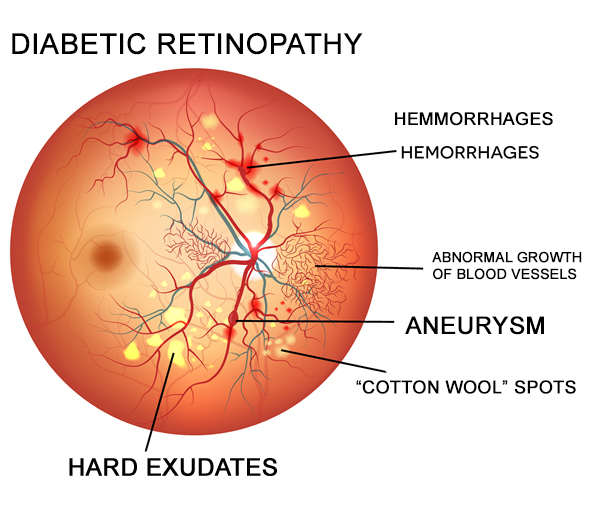 Left untreated, diabetic retinopathy can cause blindness or serious damage to your eyesight. Virtually everyone who has had Type 1 diabetes for 10 or more years will have some retinopathy present. Where control of blood glucose levels is poor, the risk of retinopathy becoming sight threatening increases. Retinopathy is the most common cause of blindness among adults in the western world.

Dr Tasmin Sommerfield, consultant in public health medicine, said: “Diabetic retinopathy screening is offered every year to anyone with diabetes aged 12 and over. Patients will receive a letter, inviting them to attend for screening every 12 months.

“Screening can reduce your risk of developing diabetic retinopathy by finding the condition before you notice any changes to your sight.

“The screening involves photographs being taken of the back of your eye. The camera does not come into contact with your eyes. All photographs are then carefully examined for signs of retinopathy.”

The appointment normally lasts around 10 minutes and you will receive your results by letter within four weeks.

e-mail: This email address is being protected from spambots. You need JavaScript enabled to view it.
Scottish Parliament website: www.parliament.scot
Constituency Website: www.christina-mckelvie.org

I am registered as a data controller with the UK Information Commissioner – https://ico.org.uk/ESDWebPages/Entry/Z1210550