SNP wins in South Lanarkshire as Scotland says 'No' to Brexit

Result is the biggest ever SNP European Election victory

The SNP has won a historic election in the Scottish European elections, achieving the highest percentage vote of any party in the UK and achieving the party's best ever EU result with over 600,00 votes.

The party has received 40.7% of the vote in South Lanarkshire and 38% nationally, an increase of 8.8% across the country.

The SNP won in every part of mainland Scotland, with the party making history by achieving the country’s biggest ever margin of victory at a European election and securing 3 MEPs.

The emphatic win means the SNP is will send Alyn Smith, Christian Allard and Aileen McLeod to the European Parliament.

Commenting, Christina McKelvie MSP, Hamilton, Larkhall and Stonehouse, said:
“People in this area, and across the country, have sent a strong message that Scotland does not want Brexit.

“This is the biggest European election win for any party ever seen in Scotland. Winning 3 of 6 available seats in Scotland is simply phenomenal. 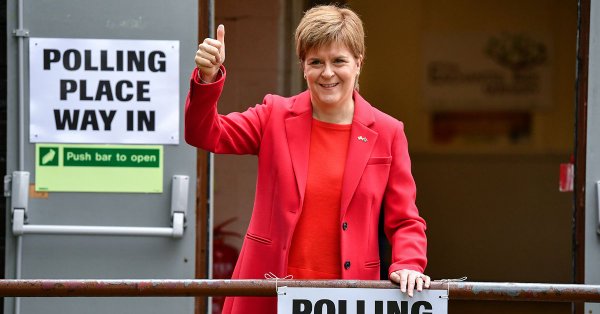 “Throughout this campaign the SNP has offered a message of hope and ambition. Scotland wants to be part of an EU that allows us to travel, work and live freely across Europe.

"Brexit may have had a great night in England and Wales, but Scots can see through Nigel Farage with the SNP bringing back a higher percentage of the vote than Brexit managed.

"Labour has slipped back by 16.6%, an indication of the chaos and division so rife under Jeremy Corbyn's leadership while the Tory vote has dropped by 5.5% to a0.7%, putting Ruth Davidson's party in fourth place.

“Scotland deserves better than a Westminster system that isn’t working – it’s no wonder more and more people believe Scotland’s future should be as independent country within the EU.”